The unsettled weather continues this week with further heavy rain and thunderstorms expected to impact some parts of the UK.

The Met Office has issued several National Severe Weather Warnings for Wednesday and Thursday in parts of England, Scotland and Wales, but these warnings could be amended as certainty about impacts increase.

This evening (Wednesday) rain will move across much of England, Wales and southern Scotland, turning heavy and persistent in places, before gradually easing later on Thursday morning.  Over eastern parts of the UK around 30 to 50mm of rain is likely to fall quite widely, particularly from southeast Scotland to northern Northumberland where there is a yellow rain warning in place.  An amber warning for heavy has also been issued for parts of southeast Scotland, where 80 to 100mm of rain is possible over higher ground.

Further warnings for thunderstorms have been issued for parts of southeast England today.  Chief meteorologist, Dan Suri said: “It has been a very wet week for many and some parts of England, particularly in the east have seen almost two months’ worth of rain in 48 hours.

“Severe weather warnings for rain and thunderstorms are in place over the next few days and these are likely to cause further surface water flooding, river flooding and travel disruption.

“The development of weather conditions leading to thunderstorms and intense rainfall can happen extremely quickly, creating a challenge for forecasters. We will update warnings accordingly, but we urge people to continue to check the forecast and the app for updates during this period.”

The Environment Agency and SEPA have issued a number of flood alerts and warnings where people can check to find out if their homes or properties are at risk of flooding.

Into the weekend it will remain unsettled with some heavy and thundery showers possible, although there will be some dry weather with warm sunny spells at times too. 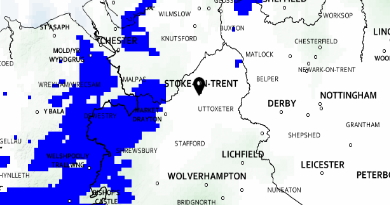 Strong wind and more rain due over next few days 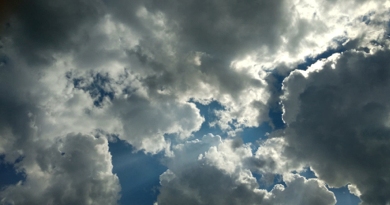 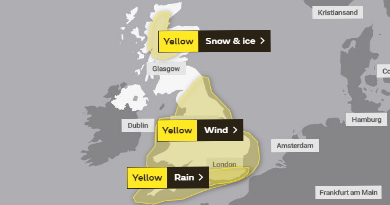 Storm Brendan is on its way