Culture Secretary Jeremy Wright has announced a new apprenticeships pilot scheme to enable young people from underrepresented groups to work on some of the most hotly-anticipated films and TV programmes made in the UK.

Visiting the set of the new James Bond film at the internationally-renowned Pinewood Studios, the Secretary of State also signalled his support for a new Creative Industries Council (CIC) Charter designed to drive greater diversity across the UK’s Creative Industries.

The UK is a powerhouse for award-winning creativity enjoyed by millions globally. But our Creative Industries cannot remain the preserve of the privileged, which is why we are helping to create new opportunities to develop a more diverse workforce.

I welcome the Creative Industries Council’s Diversity Charter and also call for firm commitments from major studios, both in the UK and worldwide, to adopt the BFI’s pioneering Diversity Standards. Companies must provide opportunities for young people from all backgrounds to go as far as their talents take them in this thriving sector.

Building on calls by the CIC and ScreenSkills, DCMS has committed £100,000 to help deliver the innovative Film and TV Apprenticeships pilot which will enable around 25 apprentices to benefit from hands-on experience on the sets of major films and TV shows.

It will explore a new model for how high-quality apprenticeships can be used to deliver multiple placements on film and TV productions, as well as addressing skills shortages.

The pilot will launch in late 2019 with recruitment focussed on young people from all backgrounds and without previous relevant qualifications.

The CIC Charter commits the industry to take action in eight areas to create a more diverse workforce and output that appeals to people from all backgrounds and regions of the UK. It has been formally adopted by the Council, which is made up of leading figures across the Creative Industries including TV, computer games, fashion, music, arts, publishing and film.

The industry-wide pledge builds on a range of initiatives in place across creative sub-sectors including the BFI’s Diversity Standards aimed specifically at the screen industries.

Jeremy Wright has also urged US and UK film studios to follow the example of Paramount and do more to improve diversity in the screen industries by adopting the BFI’s Standards for every current and future production made in the UK.

His visit comes as Pinewood launches its new Diversity, Equality and Inclusion Strategy, with a commitment to encourage all future productions to take up the BFI’s Standards.

We are grateful to Jeremy Wright for his determination to get the levy funds our sector pays into the fund unlocked for our largely freelance industry. The film industry is projecting severe skill shortages in the next 5-10 years and it is vital we invest in training through apprenticeships, to ensure that we have a healthy and diverse workforce in the future.

Diversity and inclusion is crucial to the vitality of our world class Creative Industries. To sustain our success, and spark creative new ideas, it is vital that we draw on and develop the broadest possible talent pool, and ensure that our businesses and output reflect and resonate with people from all backgrounds.

I am delighted that the CIC has adopted the Diversity Charter. This is a major statement of intent from the creative industries and will help us drive real change across all our sectors, building on the range of initiatives already in place. I look forward to continuing work with colleagues from across the creative industries on this important agenda.

We are living in a time of unprecedented and sustained growth in the UK’s Creative Industries – from being home to the world’s longest standing and most loved franchise that is James Bond to launching the careers of some of the most exciting new storytellers in the world.

But we know that we need upwards of 10000 new entrants to join our industry so it is essential that we find new and existing talent. It’s fantastic to have such solid commitment from Government to insist on diversity and inclusion which sends out such a positive message of welcome to anyone considering a career in this industry.

We welcome the Government’s move to working with us to unlock the apprenticeship levy for the screen industries. The opportunity to earn while you learn has huge potential to encourage new and diverse talent to join our booming film and television sector while tackling its skills needs. The pilot will provide an opportunity to stress-test a new approach to using levy funds to deliver high-quality training. We are working on ironing out the details as it is vital to find a way for the apprenticeship levy to support UK screen.

It’s great that the Department for Digital, Culture, Media and Sport is investing in apprenticeships to help more young people from underrepresented groups to pursue a career in TV and film.

Apprenticeships give people of all backgrounds the chance to learn the skills they need to get a great job. There are a range of high-quality and exciting apprenticeship opportunities available in creative industries – everything from Junior 2D Artist, to Broadcast production assistant or Post production technical operator. 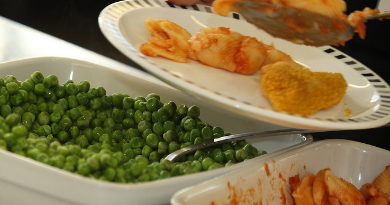 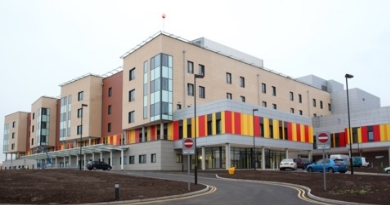 UHNM stops visiting of patients and restrictions on attending A&E