Over the next few weeks Staffordshire Police will be highlighting its support to football clubs in the fight against racism and discriminatory behaviour.

We have teamed up with Stoke City, Port Vale and Burton Albion in a bid to stamp out any racist or discriminatory chanting or behaviour at our football matches.

We encourage all supporters to help us tackle the issue by being our eyes and ears, reporting any sign of racism or discrimination to the nearest officer or steward.

Superintendent Ricky Fields is the force’s Head of Operation Support. He said; “Tackling the subject of racism in football is something that is a huge priority for Staffordshire Police.

“We clearly do not support or tolerate this type of behaviour and we will follow up any and all enquiries made via 101, the football clubs or Kick It Out.

“We understand the overwhelming majority of fans will behave as they should but we are aware a small minority will let themselves and their clubs down. We encourage all supporters over the coming weeks and beyond to approach our officers to discuss hate crime and report anything they see or hear – we will treat any reports in the strictest confidence.

“We will seek to gather evidence to support prosecutions and any individual found to be taking part in any form of racist or discriminatory chanting can expect to be dealt with robustly – whether that be football banning orders or strong criminal convictions.”

Stoke City Chief Executive Tony Scholes said: “There’s simply no place for discriminatory behaviour in football and society in general and we are working closely with Staffordshire Police to ensure that there continues to be an inclusive and welcoming environment for everyone who visits the bet365 Stadium.”

Burton Albion’s Commercial Director Fleur Robinson said: “Our priority is to make the matchday experience safe and enjoyable for all spectators.

“We are proud of our reputation as being a welcoming and family-friendly football club but we can only maintain that by having a zero tolerance to any supporters who use foul or abusive language or behaviour.

“We have a very good relationship with Staffordshire Police and always work very closely with them and we will not hesitate to ban anyone who uses abusive or racist language at the Pirelli Stadium.”

Port Vale Chair, Carol Shanahan said: “I am very much of the belief all football clubs have a duty of care to its players, supporters and employees, a value we have very much embedded during our relatively short period of ownership so far at Port Vale. This duty of care covers any variation of abuse or discrimination which Port Vale Football Club simply will not tolerate.

It’s well known this issue extends beyond way football and we are lucky to have many phenomenal communities within Stoke-on-Trent and in the world of football, its only together that we will drive change and eradicate discrimination.”

A Kick It Out spokesperson said: “Whether it be on the playing fields in your local park, or surrounded by thousands of people at a top-flight game – discrimination has no place in football. Kick It Out, the Police and football clubs are working together to make it a priority to encourage fans and players to report discriminatory behaviour if they witness it.

“When discrimination takes place at any level of the game, we need to ensure that we can take positive action so we can take measures to ensure it doesn’t happen again and football is a welcoming environment for everyone.

“Kick It Out and the police welcomes players and supporters reporting discriminatory incidents. The free downloadable Kick It Out app offers a quick, easy and discreet way of reporting incidents anonymously. You can also report them online or by telephone. See www.kickitout.org.” 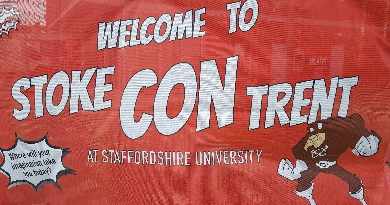 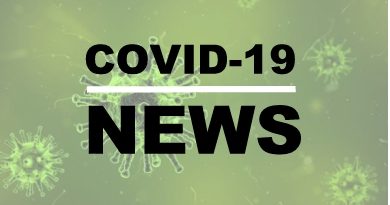