Siemens has announced that it has been awarded an Emmy for Technical/Engineering Achievement from The National Academy of Television Arts & Sciences (NATAS) for an invention that led to the creation of modern-day television. The company was recognized in an awards presentation at the Bellagio Hotel in Las Vegas at the Consumer Electronics Show.

In the late 1800s, Siemens founder Werner von Siemens and his brother William created what they called an artificial eye. The eye started out as a hollow sphere with an ordinary glass lens. But as light went through it, interacting with the electric conductivity of selenium, it became a one-pixel electronic camera. This discovery drove forward invention of television, yet, for more than a century, the artificial eye was left out of historical accounts. One writer described it as the “the single greatest invention that no one has ever heard of.”

“Werner von Siemens was one of the great 19th century inventors, but the full scope and importance of his achievements is sometimes overlooked,” said Laszlo Gaspar, Siemens’ Vice President, Global Sales, Media and Entertainment. “He developed the first transatlantic cable, sparking a new era of global communication. His dynamo machine was instrumental in the development of electrification. And now, thanks to the Academy, more people will know that a man born 200 years ago arrived at the first pixel among the thousands that make up high-definition broadcasts today.

“From our beginnings in 1948, the Technology & Engineering Emmy Awards always recognized the talented and innovative leaders and companies that have made our industry possible, “said Bob Mauro, President, NATAS. “As we all enjoy the new world of television on our laptops, tablets and smartphones, we take time to honor those that have the vision of seeing the seemingly impossible and making it a reality.”

Siemens continues to be part of television’s evolution. The Smart Video Engine is Siemens Convergence Creators’ online video platform that enables broadcasters to address the next generation of audiences by extending their reach via Over the Top Television and Television Everywhere platforms. Among other customers on a worldwide basis, the popular German kids TV channel SUPER RTL relies on the technology of Siemens Convergence Creators for their highly successful kids video entertainment service, delivering high quality content to a growing mobile audience.

Since being founded in 1847, Siemens has been at the forefront of technological innovation and change across industries including manufacturing, engineering, transportation, energy management, mobility, power generation, building technologies, and entertainment. Over time Werner von Siemens’ founding vision also led to the first electric passenger elevator, the first electric streetcar, and many more inventions that touch our everyday lives. Today, Siemens continues to change the way the world produces and consumes energy, how we live and work, and train and prepare the next-generation of the American workforce.

About Siemens Corporation is a U.S. subsidiary of Siemens AG, a global powerhouse focusing on the areas of electrification, automation and digitalization. One of the world’s largest producers of energy-efficient, resource-saving technologies, Siemens is a leading supplier of systems for power generation and transmission as well as medical diagnosis. With approximately 351,000 employees in 190 countries, Siemens reported worldwide revenue of $88.1 billion in fiscal 2016. Siemens in the USA reported revenue of $23.7 billion, including $5.4 billion in exports, and employs approximately 50,000 people throughout all 50 states and Puerto Rico.

Siemens Convergence Creators GmbH, headquartered in Vienna, provides its customers with innovative products, turnkey solutions, and services in the fields of communication networks, service and customer management, public safety and security, multimedia infotainment, and space technology. Among its most important customers are top players in their respective industrial sectors: telecommunications, media (TV, publishing houses), transportation (railways, aircraft manufacturers, airlines and airports), space, public safety (action forces), and energy (wind power, oil and gas). Siemens Convergence Creators’ presence in emerging and mature markets like Central and Eastern Europe, Germany, the U.S., India, and China, together along with its powerful network of partners, offers a strong basis for activities all over the world. For more information about Siemens Convergence Creators, please visit www.convergence-creators.siemens.com.

About The National Academy of Television Arts & Sciences

The National Academy of Television Arts & Sciences (NATAS) is a service organization dedicated to the advancement of the arts and sciences of television and the promotion of creative leadership for artistic, educational and technical achievements within the television industry. It recognizes excellence in television with the coveted Emmy® Award for News & Documentary, Sports, Daytime Entertainment, Daytime Creative Arts & Entertainment, Public & Community Service, and Technology & Engineering. NATAS membership consists of over 15,000 broadcast and media professionals represented in 19 regional chapters across the country. Beyond awards, NATAS has extensive educational programs including Regional Student Television and its Student Award for Excellence and the National Student Production Awards for outstanding journalistic work by high school students, as well as scholarships, publications, and major activities for both industry professionals and the viewing public. For more information, please visit the website at www.emmyonline.tv. 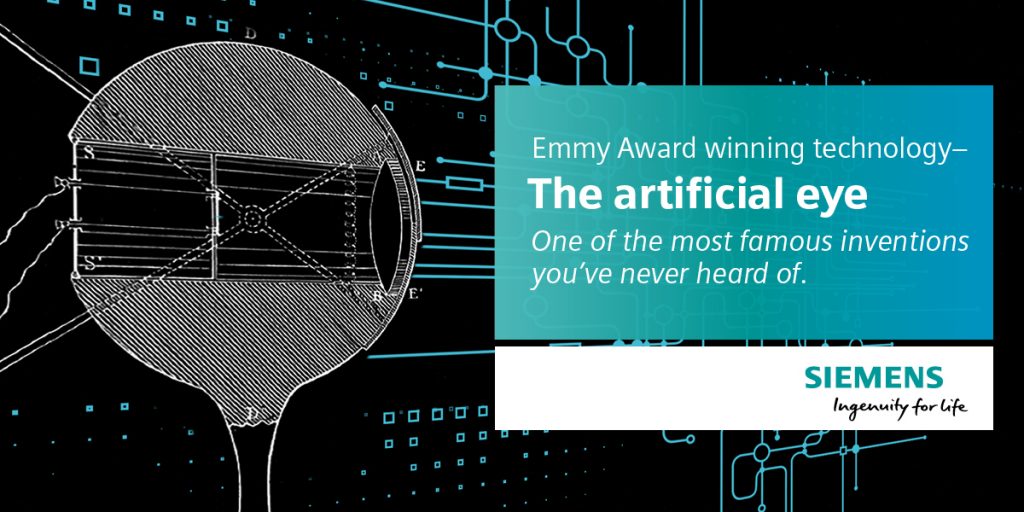 Behind The Scenes At Sky News 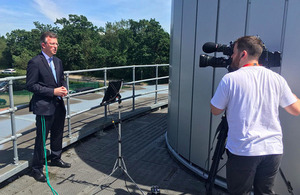